Project Winners of the Architecture Competition «A Human & Resilient Santiago» 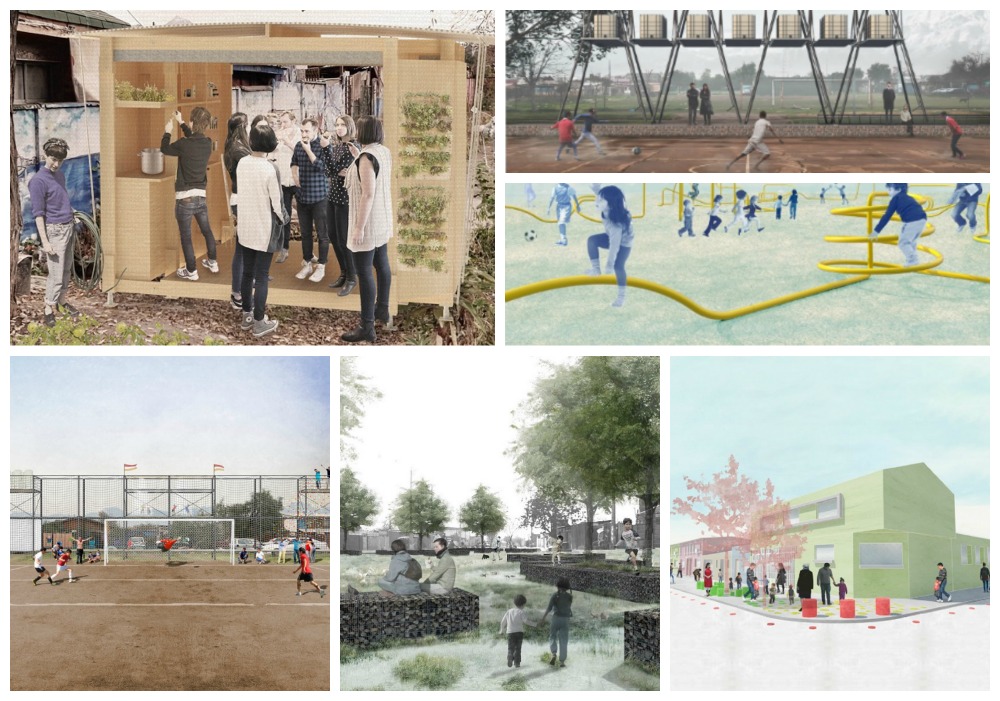 This past Monday, the Resilience team examined the finalist projects of the student architecture competition «A Human & Resilient Santiago»» – see here. This event brought together students from various universities in Chile who presented initiatives of high social and territorial importance.

Twenty-five projects were submitted to the contest, of which twelve were selected as finalists and six as winners. Each of these six winners will have the opportunity to see their initiative developed with the possibility of implementing full scale models on a regional level.

Here are the details of the winning projects:

This project designed by students from the Pontifical Catholic University of Chile (PUC) consists of the implementation of urban community orchards in various neighbourhoods. The objective is to revaluate these spaces by cultivating vegetables to strengthen social, environmental, economic and urban aspects of the sector, while also serving as a hub for work, leisure and meetings.

The project consists of an orchard activation kit comprised of a storage module to store tools, seeds, and utensils. In addition, there is the possibility of adding a greenhouse module to germinate seeds and grow seedlings that would then be transplanted to the terraces. The objective of this project is to respond to the environmental pillar of the Santiago resilience strategy  through eliminating existing microwastes in the metropolitan region. This would be demonstrated through the conversion of the debris into constructed urban furniture. This initiative was created by students from the University of Development and will contribute to concrete implementation of recycling as well as address matters of security in regards to the recovery of unused public spaces. The acronym E.P.E. stands for “Equipamientos en Puntos de Encuentro” or “Equipment at Meeting Points.” The brainchild of future architects at PUC (Pontifical Catholic University of Chile), this project responds to the theme of risk management, as Chile is characterized as a country prone to natural disasters. Because of this, it is necessary to provide spaces for citizens to organize and supply basic services.

The project basically consists of towers of services in areas recognized as safe points. However, these infrastructures could not only be used in situations of catastrophes, but could also become points of community interaction. This idea develops educational spaces associated with the Junji childen gardens and reconfigures children’s public squares  by forming circuits that unite all games. This project strives to externalize children activities by delivering an interactive and playful area designed on a recognizable geometrical  shape.

The project also takes advantage of the potential for exploration and recognizes curiosity on a daily context as an urban norm. The goal is to link transversal spaces while understanding local neighborhood systems. This initiative was created by students from the University of Chile. This project of students from the University of Chile draws inspiration from amateur soccer and neighborhood playing fields. The project reinterprets one of the basic elements of such spaces – the containment network. This two-dimensional element, whose function is to prevent the ball from leaving the premises, is converted into a recreational containment device on the edge of the court that accommodates public recreational and cultural activities.

The idea is to install a modular steel structure based on porticos. The structure has a height of 5.5 meters from which hangs a net of woven knots. The corridor of the structure has a width of 1.5 meters and accommodates various equipment such as the dressing room, wine cellar, playground, water games, kiosk, scoreboard, stage,&  projection curtain. The structure is to be used as a space for activities that extends past the usual  party to include barbeques, neighborhood meetings, dances, outdoor movie screenings, water play, and a dressing room, among other things. It aims to become a central public structure to which the neighboring community has free access. This project is an idea that was inspired by green areas visible in the Maípu commune, untouched due to lack of infrastructure. The project, created by students from Andrés Bello University, produces a structure of inclusive and continuous equipment composed of different stations. This system of parts allows for the possibility of having multiple different configurations, thus attracting different types of users into the circuit.

The project would have a low cost of implementation and is accessible to people of various social strata. 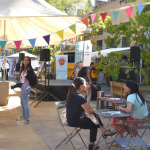 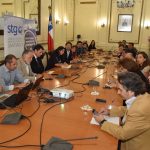 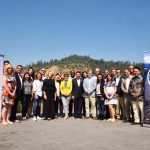